What Doctors Don’t Tell You is a monthly magazine which publishes the latest healthcare news, alongside information on complimentary therapies and alternative medicines, with a host of features and stories written by leading experts and our highly-respected regular contributors. 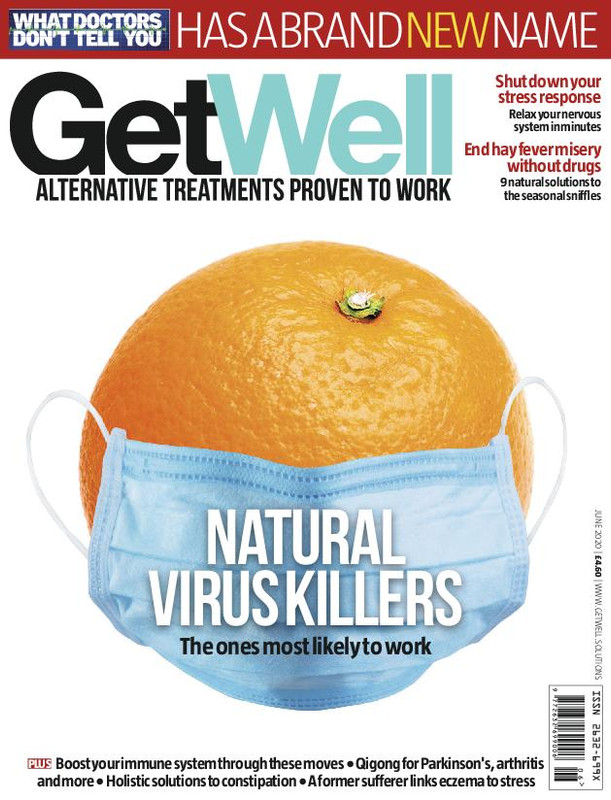 BBC Good Food, Britain’s best-selling food magazine, is now bigger, brighter and includes new sections on travel and restaurants. You’ll find over 70 triple-tested recipes in each issue of BBC Good Food, from easy family dishes to creative cakes and menus. Our pages are also packed with the latest food news and trends, cooking tips from our expert team, and brand new insider food and travel guides to great places to eat out. For food inspiration of every kind, every month, BBC good food is the magazine for you! 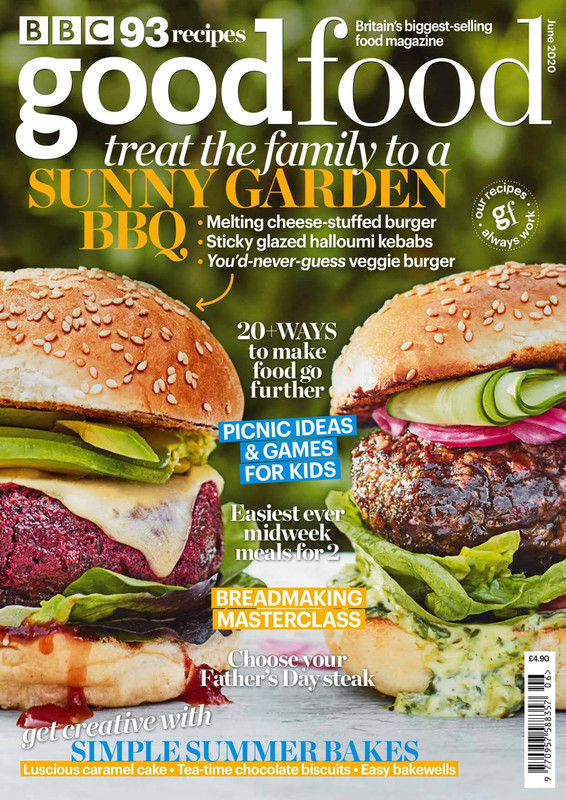 What configuration of institutions and policies is most conducive to human flourishing? The historical and comparative evidence suggests that the answer is social democratic capitalism – a democratic political system, a capitalist economy, good elementary and secondary schooling, a big welfare state, pro-employment public services, and moderate regulation of product and labor markets.
In Social Democratic Capitalism, Lane Kenworthy shows that this system improves living standards for the least well-off, enhances economic security, and boosts equality of opportunity. And it does so without sacrificing other things we want in a good society, from liberty to economic growth to health and happiness. Its chief practitioners have been the Nordic nations. The Nordics have gone farther than other rich democratic countries in coupling a big welfare state with public services that promote high employment and modest product- and labor-market regulations. Many believe this system isn’t transferable beyond Scandinavia, but Kenworthy shows that social democratic capitalism and its successes can be replicated in other affluent nations, including the United States. 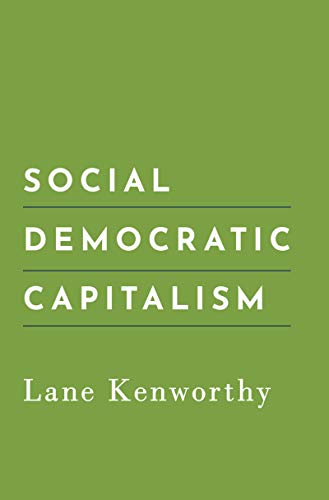 What does money mean? Where does it come from and how does it work? In this highly topical book, Mary Mellor, an expert on money, examines money’s social, political and commercial histories to debunk longstanding myths such as money being in short supply and needing to come from somewhere. Arguing that money’s immense social value means that its creation and circulation should be a matter of democratic choice, she sets out a new finance system, based on green and feminist concerns, to bring radical change for social good. 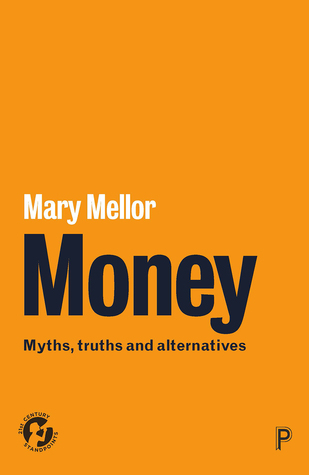 The role of parasites and pathogens in the evolution of life history traits is of increasing interest to both ecologists and evolutionary biologists. Immunology, which was once studied almost exclusively by immunologists, has become an important area of proximate investigation to animal physiologists as a means for understanding changes in disease susceptibility and the neural and neuroendocrine mechanisms that mediate these changes. The coalescence of these different perspectives has given rise to the field of ecological immunology, an interdisciplinary research field that examines interactions among host physiology and disease ecology in a wide range of environmentally relevant contexts. The goal of ecological immunology is to understand immune function in the context of life-history traits across a wide range of organisms. Research within the field combines diverse approaches from a wide range of scientific disciplines including evolution, ecology, and life history theory to endocrinology, neuroscience, molecular biology, and behavior. 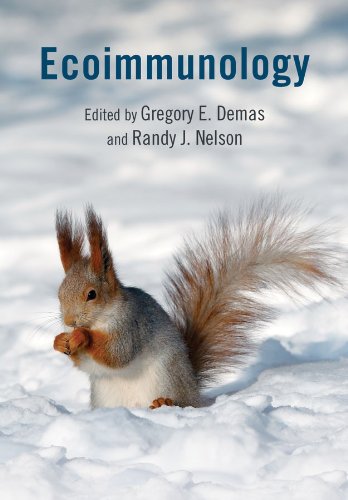 The story of Amit Shah’s political life, struggles, rise and triumph is little known. For a leader who is often referred to as the Chanakya of Indian politics, who has dominated India’s fast-paced and complex political stage since 2014, has altered its electoral map by leading the Bharatiya Janata Party (BJP) to successive historic victories post the May 2014 general elections, there is very little that is recorded or narrated. So, it’s no surprise that the curiosity he evokes is ever on the rise.
Most of what is written about Amit Shah is based on conjectures, hearsay, assumptions and biases. The real Amit Shah-the once booth-worker and now national president of the largest political party in the world, the master strategist who has pushed the BJP to an organisational pinnacle and yet talks of scaling peaks, a man who is unhesitant in his stand on nationalism and on anything which concerns India’s national interest-has remained in the shadows, self-effaced, away from the limelight.
The story of how he expanded the BJP into a pan-India party and the convergence of organisational science and ideology that has made the BJP a unique and formidable political entity is a story that needs to be told. The book narrates the personal and political journey of Amit Shah, captures the ideological world that shaped him and gives an account of the party that he is leading and shaping today. It is for the first time that his story is being told-an authentic, no-holds-barred portrayal of one of the most influential leaders of our times.
To the political worker, the observer and to anyone even remotely interested in Indian politics, irrespective of their profession or political leaning, especially since the unfolding of Indian politics in the summer of 2014, this is a captivating exploration of the political life and journey of one of its central characters. 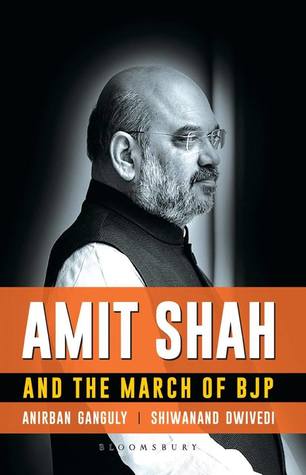 Overview: Over the last decade, there has been increasing debate as to whether feminism and evolutionary psychology can co-exist. Such debates often conclude with a resounding “no,” often on the grounds that the former is a political movement while the latter is a field of scientific inquiry. In the midst of these debates, there has been growing dissatisfaction within the field of evolutionary psychology about the way the discipline (and others) have repeatedly shown women to be in passive roles when it comes to survival and reproduction. Evolutionary behavioral research has made significant strides in the past few decades, but continues to take for granted many theoretical assumption that are perhaps, in light of the most recent evidence, misguided. As a result, the research community has missed important areas of research, and in some cases, will likely come to inaccurate conclusions based on existing dogma, rather than rigorous, theoretically driven research. Bias in the field of evolutionary psychology echoes the complaints against the political movement attached to academic feminisms. This is an intellectual squabble where much is at stake, including a fundamental understanding of the evolutionary significance of women’s roles in culture, mothering, reproductive health and physiology, mating, female alliances, female aggression, and female intrasexual competition. Evolution’s Empress identifies women as active agents within the evolutionary process. The chapters in this volume focus on topics as diverse as female social interactions, mate competition and mating strategies, motherhood, women’s health, sex differences in communication and motivation, sex discrimination, and women in literature. The volume editors bring together a diverse range of perspectives to demonstrate ways in which evolutionary approaches to human behavior have thus far been too limited. By reconsidering the role of women in evolution, this volume furthers the goal of generating dialogue between the realms of women’s studies and evolutionary psychology. 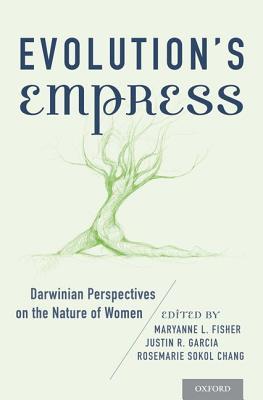 In this essential exploration of the American heartland, Kayleigh McEnany presents an eye-opening collection of interviews and stories about the powerful grassroots populist movement of frustrated Americans left behind by the government that changed the landscape of political campaigns forever.
Kayleigh McEnany spent months traveling throughout the United States, conducting interviews with citizens whose powerful and moving stories were forgotten or intentionally ignored by our leaders. Through candid, one-on-one conversations, they discussed their deeply personal stories and the issues that are most important to them, such as illegal immigration, safety from terrorist attacks, and religious freedom.
The New American Revolution chronicles both the losses of these grassroots voters, as well as their ultimate victory in November 2016. Kayleigh also includes interviews with key figures within President Trump’s administration-including Ivanka Trump, Secretary Ben Carson, Jared Kushner, and many more-and their experiences on the road leading up to President Trump’s historic win. Kayleigh’s journey takes her from a family cabin in Ohio to the empty factories in Flint, Michigan, from sunny Florida to a Texas BBQ joint-and, of course, ends up at the White House.
The collective grievance of the American electorate reveals a deep divide between leaders and citizens. During a time of stark political division, Kayleigh discovers a personal unity and common thread of humanity that binds us nevertheless. Through faith in God and unimaginable strength, these forgotten men and women have overcome, even when their leaders turned their heads. An insightful book about the triumph of this powerful movement, The New American Revolution is a potent testament to the importance of their message. 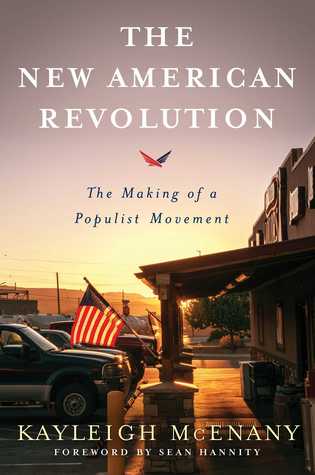 In their personal lives, people consider it essential to separate economics and intimacy. We have, for example, a long-standing taboo against workplace romance, while we see marital love as different from prostitution because it is not a fundamentally financial exchange. In The Purchase of Intimacy, Viviana Zelizer mounts a provocative challenge to this view. Getting to the heart of one of life’s greatest taboos, she shows how we all use economic activity to create, maintain, and renegotiate important ties-especially intimate ties-to other people.
In everyday life, we invest intense effort and worry to strike the right balance. For example, when a wife’s income equals or surpasses her husband’s, how much more time should the man devote to household chores or child care? Sometimes legal disputes arise. Should the surviving partner in a same-sex relationship have received compensation for a partner’s death as a result of 9/11? 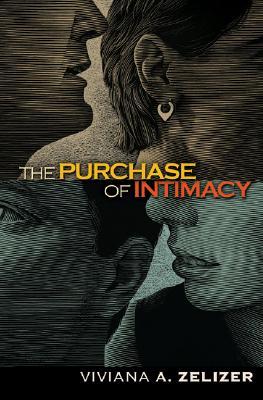 Provides a complete overview of what XBRL is and how companies can use it effectively. Explains the benefits of XBRL to corporate executives (CEOs, CFOs). Written in nontechnical language that financial managers can understand. Provides numerous examples and illustrations. 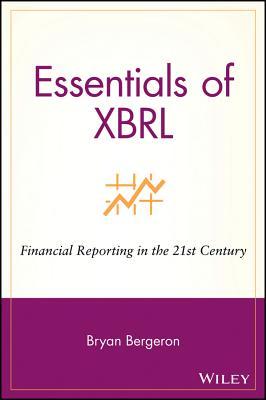